Vancouver, BC – The 2015-2016 edition of El Niño has come to pass and La Niña has a 60 to 75% of making an appearance.  And according to the NOAA, a pool of cold water is materializing in the Pacific Ocean below a shallow mass of warm surface water.  La Niña is coming.

And if it does, the Pacific Northwest to Squaw Valley will see above average snowfall.  There is already more concrete evidence as Whistler gets its first snowfall of the season (about 3cm).  We should be seeing more action from La Niña in the late fall and through the winter.  Some of the best Ski Resorts in North America will get the benefit of the larger than average snowfall:

A Bit of History

The last time La Niña mattered was during the 1998-1999 ski season, when Mt. Baker, WA received the most snow at any location during a single season. 1140 inches of powder dropped that winter, totaling 95 feet. It’s still a record that hasn’t been beaten. Hopefully we get somewhere close to that this year, if not beating it altogether. It will more than make up for the lackluster winter of 2014-2015 that the Pacific Northwest had experienced two years ago.

It is still to early to tell when La Niña will truly show up, but it something to keep in mind if you are planning on any major snowboarding trips. There is a possibility that some resorts will have enough snow coverage for the Thanksgiving weekend. Or perhaps by Christmas time.  But forecasts this far out can be a little unpredictable. La Niña should reveal her true colors in the next couple of months. We at Powderheadz.com think you should hold off on buying those plane tickets until more time has passed.

Perhaps I’m writing all of this because I just needed an excuse to just to show this clip:

Purchasing gloves can be surprisingly complicated. There are many features...

The Best Ski Socks should get the basics right. They... 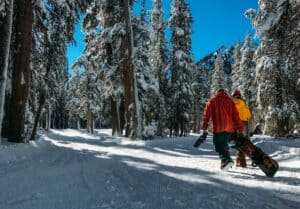 Now that it’s getting cold, it’s time to go hit...

Below you will find our staff’s current Top 10 Best...

Alfie is the Owner of Powderheadz.com and is based in Vancouver, BC. He rides as often as he can at Whistler-Blackcomb, Cypress Mountain, and Mt. Baker.

Alfie is the Owner of Powderheadz.com and is based in Vancouver, BC. He rides as often as he can at Whistler-Blackcomb, Cypress Mountain, and Mt. Baker.